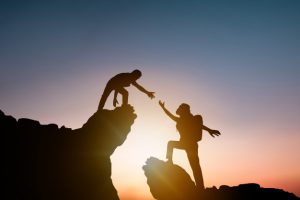 The Thermal Hydraulic Meritorious Service Award recognizes an individual for sustained and exemplary service to the nuclear thermal-hydraulic profession. Service can be in the form of:

The award consists of an engraved plaque and a monetary award of $1,000. It is presented at the ANS Annual Meeting.

This award was established by the Thermal Hydraulics Division in 2020.

The THD has offered in the past a service award and technical award (the current Technical Achievement Award). The service award was later abandoned in favor of emphasizing the importance of the TAA. Given the recent growth of THD and the increase of individual contributors, THD established the Service Award is in the best interest of our members. In fact, given a large number of participants in the activities of THD this award seems necessary to balance the current award offering of THD which is skewed toward technical contributions. This award highlights the importance of the continued service contributions of our members, aimed at the growth of the thermal-hydraulic profession, and forming the next generation of nuclear scientists and engineers.

This award recognizes an individual for sustained and exemplary service to the nuclear thermal-hydraulic profession.

Nominees must meet the following criteria:

The candidate must demonstrate an individual or sustained contribution in one or more of the following areas: